Oglethorpe’s Schall Woodland Walk, an elevated boardwalk that has improved connectivity and accessibility on campus, was officially dedicated during an Oct. 27 ceremony that welcomed former University President Dr. Larry Schall and First Lady Betty Londergan back to campus.

The project was a gift spearheaded by the Oglethorpe University Board of Trustees in honor of Schall and Londergan, in appreciation of their service and leadership during his 15-year tenure.

Completed in early 2021, the Schall Woodland Walk winds through a grove of trees between Lowry Hall and Turner Lynch Campus Center, down to the creek in the heart of campus.

The graceful walkway, which replaced a steep sidewalk with stairs, is ADA-compliant and accessible via multiple existing paths, allowing the entire campus community to use the same common path of travel from the academic quad to the campus center and residence halls. It features composite non-slip decking surface, a cabled rail system, and security lighting, with viewing areas and additional landscaping highlighting the structure.

Oglethorpe President Nick Ladany welcomed attendees to the event, held adjacent to the walkway, and Board of Trustees Vice Chair Norman Findley and Trustee Virginia L. Bennett delivered remarks regarding the project and Schall’s presidency. Schall, who served as the 16th President of Oglethorpe from 2005 to 2020, delivered the keynote remarks.

“We hope that our students, faculty, staff and others enjoy the walkway as it reminds them of the many, many accomplishments of your presidency,” said Findley, reading remarks from Cameron Bready ’94, chair of the Board of Trustees.

Traversed by hundreds every day, the Schall Woodland Walk stands as Schall’s final act of service for the Oglethorpe community.

“If there’s one thing about my 15 years, it’s not about anything we’ve built, it’s not really about the enrollment…it’s all about people,” said Schall, who is currently the President of New England Commission of Higher Education.

At the conclusion of the dedication, Findley presented a watercolor painting of the Schall Woodland Walk to the former president and first lady. 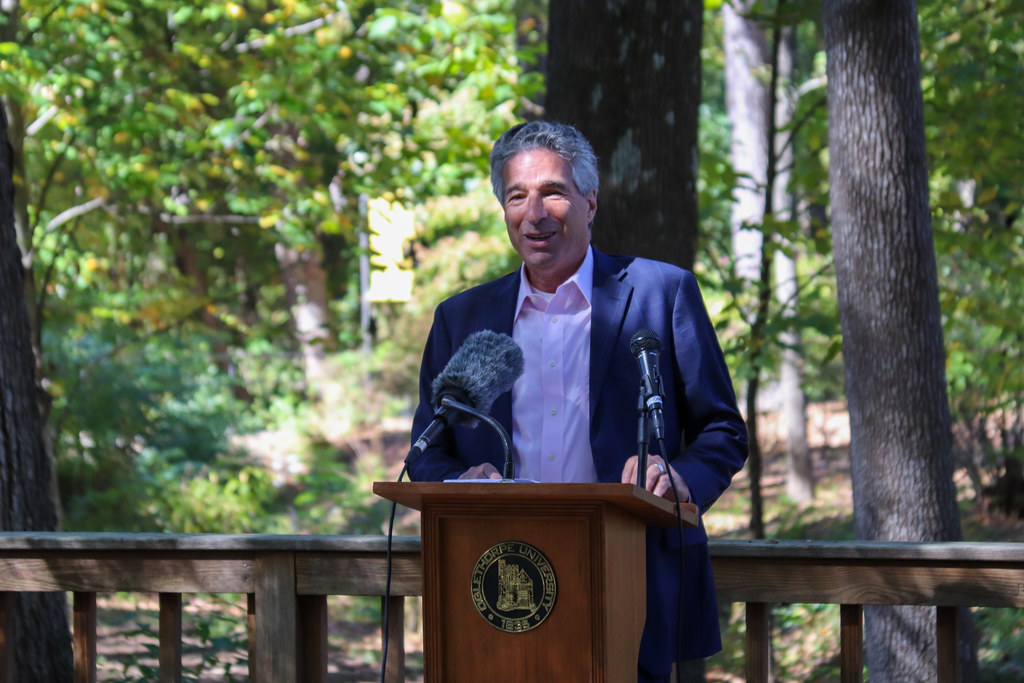