Oglethorpe welcomed Christian Fischer, President & CEO of Georgia-Pacific, for a conversation with President Larry Schall on “leadership in a global world.”

Fluent in four languages and born and educated in Germany, Fischer started his Georgia-Pacific career in 1989 as a sales manager in Europe, and relocated to Atlanta in 1992. He was named Group President of Packaging in 2006, and later Executive VP of Packaging, and finally President & CEO in 2017. Georgia-Pacific has more than 30,000 employees and 180 locations worldwide. Their well-known consumer brands include Dixie Cups, Brawny paper towels, Quilted Northern and Angel Soft toilet paper.

Sponsored by the Hammack School of Business, the Rikard Lecture Series brings Atlanta business leaders to campus to speak with students. 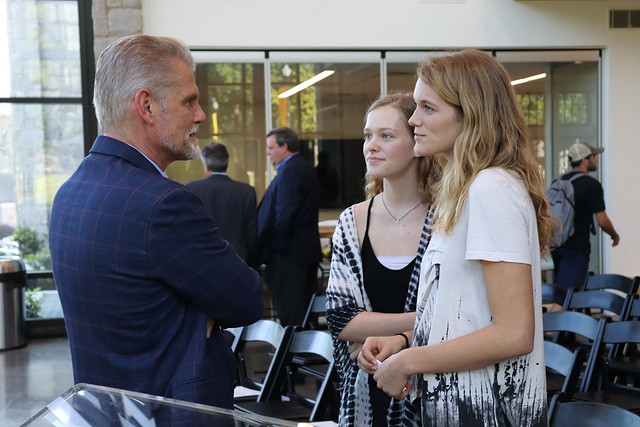