Hammack, retired President & CEO of C.W. Matthews and a 1973 business graduate of Oglethorpe, shared lessons learned during his 43-year career and discussed the traits executives look for in new employees.

Founded in 1946, C.W. Matthews started with three employees, one tractor and two dump trucks and most recently was responsible for the repair of the I-85 overpass. Throughout his career, the basis of his leadership was ethics, honor, quality, and commitment to excellence—the same guiding values of the C. W. Matthew Contracting Co.

The Rikard Lecture Series introduces students to current issues in business as presented by business and civic leaders who are recognized leaders in their professions. Established in 1991, the series is named after Mack A. Rikard ’37, an Oglethorpe alumnus, honorary degree recipient, Athletic Hall of Fame member and Trustee Emeritus. Rikard, who passed away in December 1996, was a former president of Allied Products Company in Birmingham, Alabama, and a supporter of Oglethorpe athletics and student scholarships. 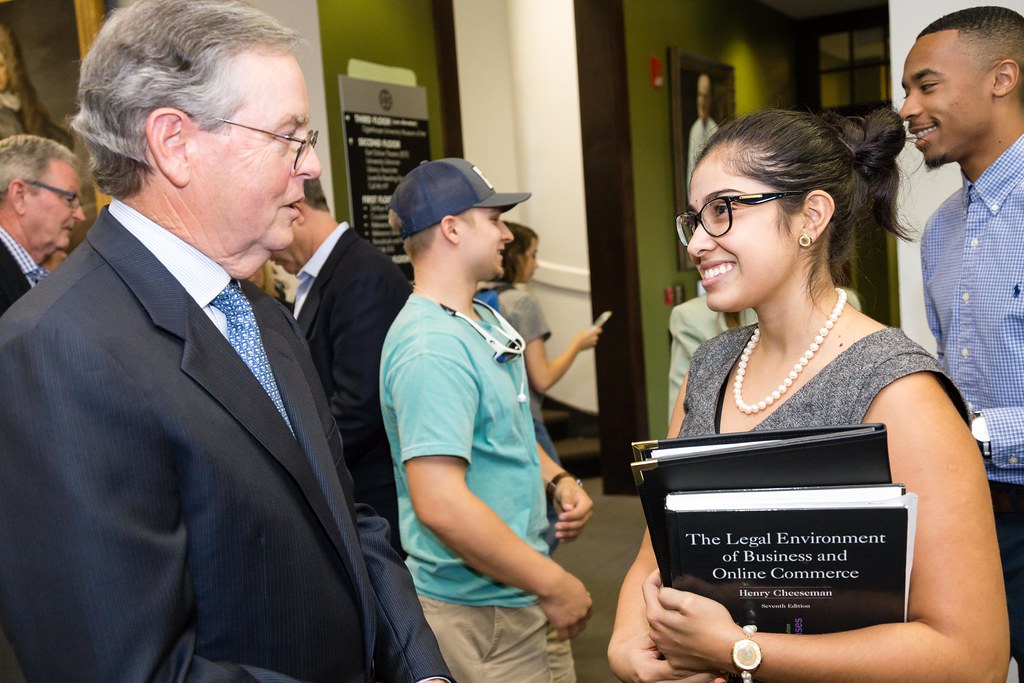